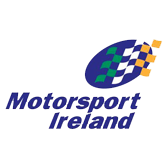 Motorsport Ireland (MI) is the National Governing Body for four-wheeled motorsport in Ireland. MI is affiliated to the supreme authority for world motorsport, which is the “Federation Internationale de l’Automobile” (FIA) based in Geneva and Paris. The FIA recognises in each of its affiliated countries, one sole authority that holds the sporting power and in Ireland it recognises MI as that authority.

Motorsport Ireland’s jurisdiction covers the 26 counties and has under its umbrella 34 affiliated motor clubs that are the actual organisers of all sporting events. In each year there are approximately 230 events listed in the official calendar and these cover 11 different branches of the sport. Every person wishing to compete in one of these motorsport events must be the holder of a Competition Licence issued by MI or by another national governing body affiliated to the FIA. On average, each year MI issues over 4,000 Competition Licences to Motorsport